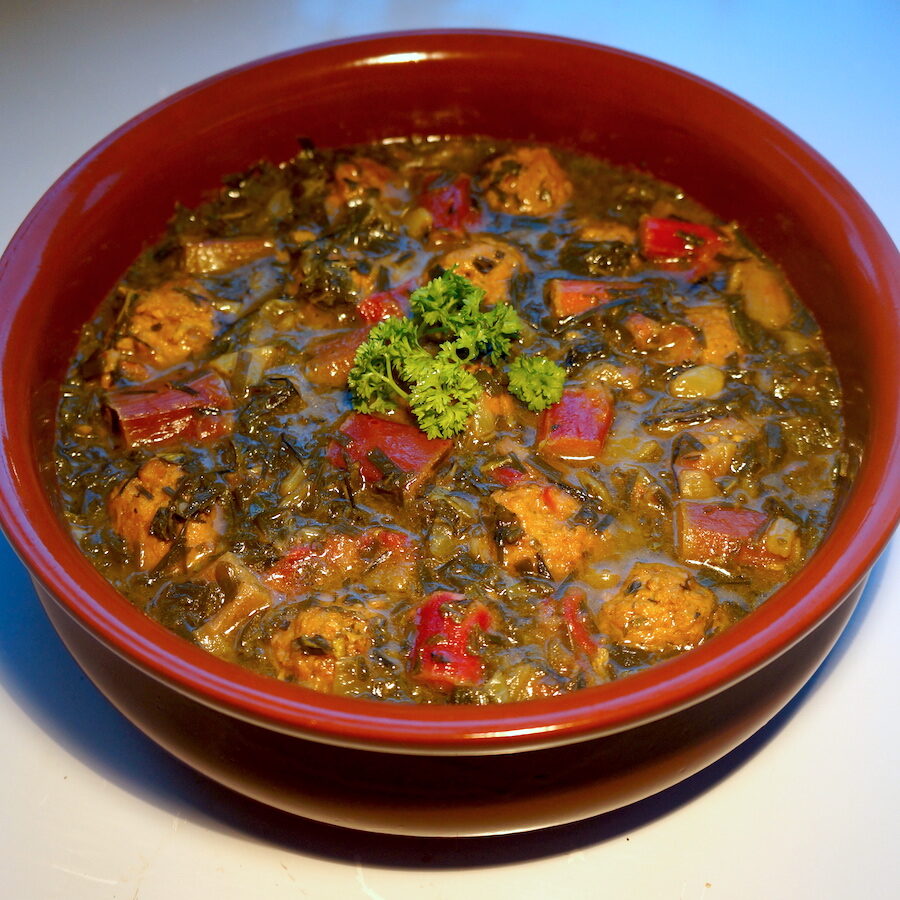 Khoresht e Rivas is the perfect way to use homegrown rhubarb. This Iranian rhubarb stew is savoury and sour, full of vegan protein and super healthy!

History of Rhubarb in Iran

Thought to have originated in China, rhubarb is now eaten around the world. It is valued for various medicinal properties and for being easy to grow. The Persian word for rhubarb, ‘ریواس’ or ‘rivas’, is similar to the translations in Arabic, Turkish, Kurdish, and even Russian because they are all influenced by the Ancient Persian word [1]. This suggests that rhubarb was introduced to Iran and then spread to nearby countries through trading, taking the Persian name with it. Now, in Iran and surrounding countries, a wild species (Rheum Ribes) grows on rocky hillsides and is incorporated into the local cuisine to aid digestion as well as for taste.

Of course, rhubarb is well known for its strong sour flavour and this matches Iranian cuisine perfectly. Iranian stews (Khoresht) usually use a souring agent such as verjuice, pomegranate juice, or dried lime (which create a balanced flavour when served with rice and tahdig). However, with rhubarb as the main ingredient in Khoresht Rivas, nothing else is needed to give the dish that classic sharp taste.

Rheum Ribes is a little sweeter than UK rhubarb and is often eaten raw as well as cooked in jams.

Globally, rhubarb has been applied medicinally for many centuries. From improving digestion, to treating a range of physical and psychological disorders. However, the strength of rhubarb can also be seen in its toxicity. As well as the leaves, the stalks also contain oxalates which can cause kidney stones if eaten in abundance.

When do you pick rhubarb?

In the UK, early varieties of rhubarb are available from April and some go through to July. Rhubarb is such an easy plant to grow in the garden. To pick, snap off the poisonous leaves and take home the crunchy red/green stalks.

The rhubarb on the mountains of Iran can be picked around April. The trip to the hills is not wasted as many other herbs are also usually collected and used for stews and breads.

Rhubarb Stew can be made with a variety of protein options instead of meat. If you prefer to cook with whole foods, use kidney or black beans. If you prefer to cook with a meat substitute, you can use any brand of no-meat chunks, no-meatballs, tempeh, seitan… I wouldn’t suggest tofu because ingredients with firm texture and extra flavour work better to balance the rhubarb and herbs. 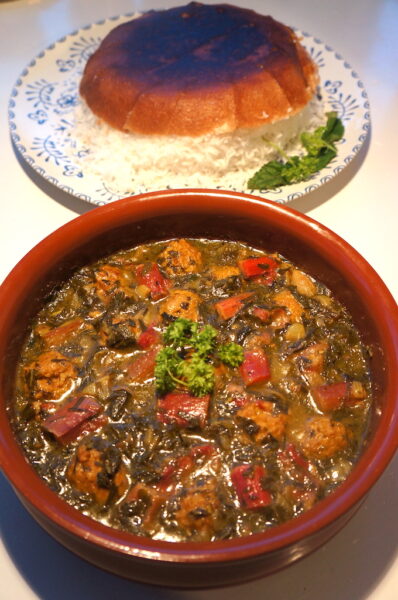 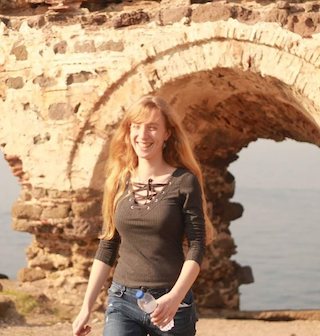